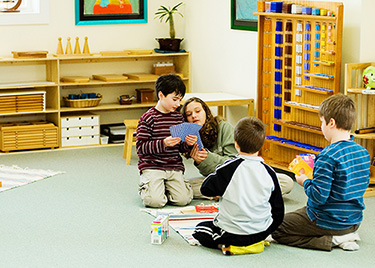 CEN member Chloë Marshall has published a paper entitled “Montessori education: A review of the evidence base” in the journal Science of Learning. Montessori education is an alternative method of education which has been in existence for 100 years. In her paper, Chloë reviews the small number of research studies that have evaluated the Montessori method and draws attention to some of their methodological limitations. She also discusses studies which have not directly evaluated Montessori education, but which have evaluated features of other educational methods that are shared with Montessori, such as using phonics to teach reading and spelling. She concludes that there is growing evidence that the Montessori method is effective for supporting children’s cognitive and social development, at least when carried out faithfully to Montessori’s principles

A former Montessori teacher herself, Chloë says “National and regional education systems are beset by regular swings of the pendulum, for example towards and away from phonics, and towards and away from children working individually. This means that elements of the Montessori method will sometimes be in vogue and sometimes not. It is therefore particularly important that Montessori teachers understand the evidence base that supports, or does not support, their pedagogy.”