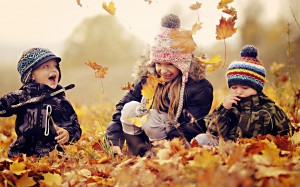 This is a simple enough idea with potentially large repercussions: children who were born in the autumn months, just after the start of the school year, have an academic advantage over children born later in the school year, particularly those born in the summer months. Evidence supporting this was first flagged in the 1960s and ever since researchers and educationalists have been accumulating data. Here we will look at the findings of more recent studies in order to evaluate whether the autumn-born advantage is a reality, as well as what causes it, how far-reaching the effects are, and whether there are ways to level the playing field.

Autumn-born children do have an advantage

There are of course many different ways to measure performance at school. One key measure is scores on national tests. At age seven, August-born pupils are 26 percentage points less likely to reach the nationally expected level than their September-born class-mates[i]. The Millenium Cohort Study (a longitudinal study in the UK following 18,500 children born in the first two years of the millennium) found an even larger benefit for autumn-born pupils in teacher-assessed Foundation Stage Profiles at age 5[ii].

The likelihood of being defined as having special education needs (SEN) also shows a season-of-birth effect. At its worst, August-born 11-year-old girls are 72% more likely to have non-statemented SEN than September-born girls[iii], with speech, language and communication needs being particularly over-represented in the summer-born group[iv]. This impact on special educational provision may be partly due to teacher’s perceptions of summer-born children. For example, teachers have been found to be two-and-a-half times more likely to rate August-born seven-year-olds as having below average ability in maths[v]. In schools where children are streamed by ability, it has been argued that a failure to take relative age into account in the first few years could have on-going repercussions right through a child’s school career[vi].

Whether driven by adult perceptions, test results or age relative to class-mates, the Autumn-born advantage goes beyond academic achievement: at age eight, summer-born children have a lower perception of their own scholastic competence than their autumn-born counterparts[vii]. Furthermore, data from 17 countries found that the younger pupils in any given year were more likely to have been bullied in the past month than their older class mates[viii].

The evidence for an Autumn-born benefit seems fairly clear, with respect to not only academic performance but also social and emotional well-being in primary school.

Age at test is to blame

Different explanations have been put forward to try to account for the autumn-born benefit. The first suggestion[ix] was the ‘seasonality effect’: that children are affected by the outside climate when in utero, with summer-born children being exposed to more winter infections a key time in their development. This idea has been largely debunked as age effects persist in countries both north and south of the hemisphere, regardless of the winter climate.

The other two main theories have gained more support. They are: the ‘length of schooling effect’, this relates to staggered entry into the first year of school, meaning that some children have less time in the classroom before sitting any given test; and the ‘age-position effect’[x], that summer-born children are always the youngest in their year-group.

In the UK, children are not required to start school until the term following their fifth birthday, but they are permitted to start from the beginning of that academic year. This means that in theory the oldest child starting Year One could be five years and five months (with a birthday on 1st April), while the youngest could have just turned four (with a birthday on 31st August). As practices vary somewhat around the country, there isn’t a perfect correlation between a child’s age and how long they’ve been at school. Claire Crawford from the University of Warwick made use of this to see if the autumn-born advantage was due to children having spent longer in school before sitting a test or being older at the time they sat it. She and her colleagues found[xi] that for national tests the autumn-born advantage was almost entirely explained by the age children were when they took the test. Importantly though, when the team looked at cognitive tests that take age into account (IQ tests), there were no differences between autumn-born and summer-born children, suggesting that different schooling experiences do not effect cognitive development.

Season of birth effects, though less clear-cut, are seen throughout secondary school

The biggest autumn-born advantages have been found right at the start of school, indicating that cognitive, social and emotional readiness to start school have a big impact on academic performance. This advantage slowly diminishes but remains statistically significant through the primary school years[xii].

Importantly though, the Autumn-born advantage remains a relevant and important phenomenon right through secondary school. August-born girls are 5.5% less likely to achieve five A*-C grade GCSEs than September born girls, and the difference for boys is 6.1%[xiii]. A UK study of 11-16 year olds found that 66% of pupils receiving additional support were from the youngest quarter of the year (June to August born pupils)[xiv]. Age effects are also evident when it comes to sport. The performance advantages of physical height and mass in older players, particularly during puberty, result in within-year advantages for autumn-born pupils[xv].

As we saw for younger children, summer-born children’s belief in their own ability also remains lower at age 14 compared to their autumn-born classmates[xvi]. So even if age effects are most substantial in the younger years of primary school, effects evidently persist through secondary school. Indeed, August-born pupils are just over two percentage points less likely to go to university than their September-born counterparts[xvii].

Taking age into account may be the best remedy

A crucial question then, is what can be done to level the playing field and give summer-born pupils equal opportunities to perform and achieve?

We’ve seen that teachers don’t always take age into account when making judgements about children’s progress, and also how IQ tests that do take age into account don’t show a season of birth effect. These two findings suggest that if the educational system as a whole were more aware of age differences within year-groups, for example by adjusting for age in national tests, then the impact of relative age could be diminished.

Another possibility is increasing the minimum age of starting school or delaying school entrance for summer-born children. Policies on school entrance age vary enormously around the world, and even in the UK the extent to which councils make legal requirements obvious and easy to follow differs. So far the notion of letting children start school at an older age seems promising, though. Data from the US shows that delaying school entrance results in greater improvements in test scores across the first two years, especially for at-risk children[xviii]. Longitudinal data has found that increasing the minimum age of starting school benefits the performance of the whole class, and boosts wage earning when children reach adulthood[xix]. These data go against the idea that age at taking tests accounts for nearly all the Autumn-born advantage, and possibly point to the long-term importance of school readiness.

The verdict here is certainly a neuro-hit, though the full story is still emerging. Data will keep coming in as countries and regions experiment with policies around school entry, and in the UK as results from nationwide tests in the first years of school are analysed. The right approach for dealing with this substantial issue needs to be considered by economists, psychologists, educationalists and parents alike.

Claire Crawford has published many interesting articles on this issue: https://www2.warwick.ac.uk/fac/soc/economics/staff/clcrawford/

[i] Crawford, C., Dearden, L., Greaves, E. (2013). When You Are Born Matters: Evidence for England. London: Institute for Fiscal Studies.

[ii] See Crawford, C., Dearden, L., & Greaves, E. (2011). Does when you are born matter? The impact of month of birth on children’s cognitive and non-cognitive skills in England. London: Institute for Fiscal Studies.

[iii] Crawford, C., Dearden, L., & Meghir, C. (2007). When you were born matters: The impact of date of birth on child cognitive outcomes in England, Centre for the Economics of Education Report to the Department for Children, Schools and Families (http://www.ifs.org.uk/publications/4073)

[v] Crawford, C., Dearden, L., & Greaves, E. (2011). Does when you are born matter? The impact of month of birth on children’s cognitive and non-cognitive skills in England. London: Institute for Fiscal Studies.

[vii] Crawford, C., Dearden, L., & Greaves, E. (2011). Does when you are born matter? The impact of month of birth on children’s cognitive and non-cognitive skills in England. London: Institute for Fiscal Studies.

[viii] Mühlenweg, A. (2010). Young and innocent: international evidence on age effects within grades on victimization in elementary school. Economics Letters, 109, 157-160.

[xii] Crawford, C., Dearden, L., & Greaves, E. (2011). Does when you are born matter? The impact of month of birth on children’s cognitive and non-cognitive skills in England. London: Institute for Fiscal Studies.

[xv] See Musch, J. and Grondin, S. (2001). Unequal competition as an impediment to personal development: A review of the relative age effect in sport. Developmental Review, 21, 147-167.

[xvi] Crawford, C., Dearden, L., & Greaves, E. (2011). Does when you are born matter? The impact of month of birth on children’s cognitive and non-cognitive skills in England. London: Institute for Fiscal Studies.

[xvii] Crawford, C., Dearden, L., & Greaves, E. (2011). Does when you are born matter? The impact of month of birth on children’s cognitive and non-cognitive skills in England. London: Institute for Fiscal Studies.