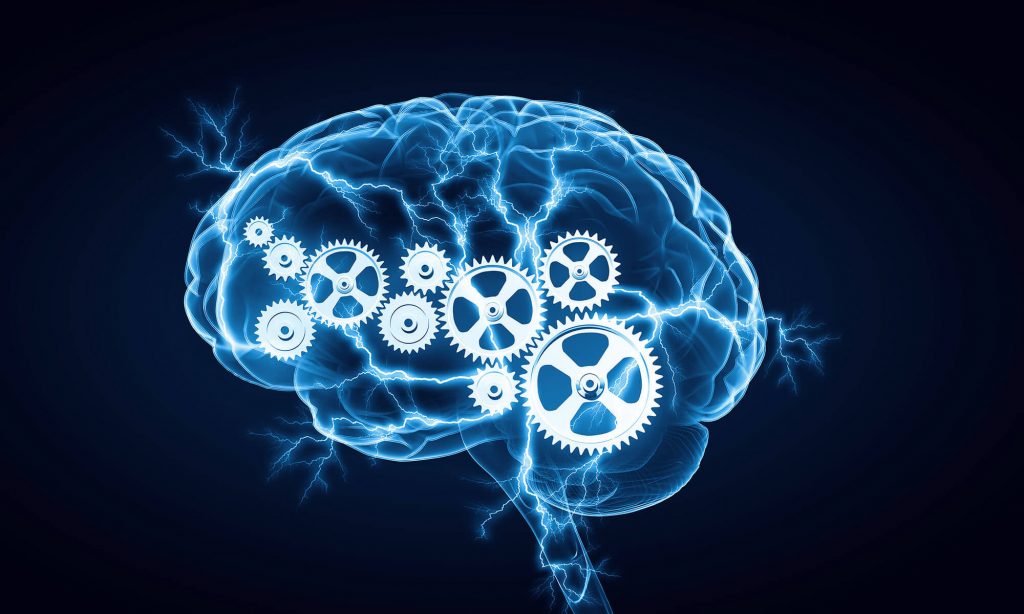 The idea that our intellectual ability is written in the stars is not one that’s confined to the classroom, but it’s certainly relevant, indeed central, to the way that teachers approach their craft. This idea is also key to the way that children are perceived, and the way that they perceive themselves. Here we will briefly explore what intelligence is, then look at the literature around how performance on cognitive tasks can be advanced or held back.

Intelligence is typically measured as Intelligence Quotient (IQ). IQ describes an individual’s average performance on a range of standardised tests spanning multiple domains, compared to the performance of a representative sample of people the same age. Standardised tests of intelligence usually measure so-called underlying cognitive ability: things like memory, speed of reactions and attention, as opposed to people’s knowledge of facts. What makes the tests ‘standardised’ is that they have been run on a large, representative group of children of different ages, so that we know the level at which children of a given age will tend to perform, and what score would put a child in the bottom or top 20% at a given age, and so on.

Theories about what actually underlies intelligence and whether intelligence is a general factor or consists of multiple separate factors (such as spatial or verbal reasoning) are very interesting and have a long and rich history. However, trying to do the subject of intelligence justice here would be almost impossible, so let’s restrict ourselves considerably and say that we’re only interested in how well children perform in the classroom.

Children’s intelligence fluctuates as they develop. It used to be held that IQ stabilises by around the age of 10. This was the rationale for introducing tests at 11-12 years of age in those education systems where ability is used to select which secondary school children attend. However, recent evidence suggests that both verbal and non-verbal intelligence may vary during the teenage years, by up to 20 IQ points[i], suggesting that such selective systems do not have a firm foundation.

The question of how well children perform in the classroom can be answered with two main types of evidence: genetic studies that assess what proportion of a person’s performance on a test can be attributed to what he or she has inherited, and experimental studies that try to alter performance on cognitive tests.

What do genetic studies say?

Using the twin technique, it has been estimated that around 60-65% of variability in children’s performance, as rated by their teachers, can be attributed to genetics in the areas of science[ii], maths[iii], and general intelligence[iv].

Estimates of heritability when standardised tests are used are a little lower and more variable, possibly because teacher ratings take things like motivation into account too. In a study of Dutch twins[v], standardised tests of IQ in childhood (9-11 years) and adolescence (12-14 years)[vi] found that heritability was quite different depending on what was measured. The least genetic influence was found for ‘full scale IQ’ (34%) and the most for ‘performance IQ’ (64%; this scale includes non-verbal reasoning skills). The influence of genetics was also shown to increase as the children got older, an effect which has been shown many times, and is thought to reflect the fact that as children grow up they get to choose their own activities more.

Possibly the highest estimates of heritability come from studies of reading, where 65%, but perhaps as much as 82%, of variability in children’s reading skills can be attributed to genetics[vii]

What happens when you try to change IQ?

So, the genetic studies suggest that the genes you inherit from your parents have a strong effect on your performance in school. But what happens when things change? When children change their mindset? Or when something about the environment changes? Is the effect of genes always dominant?

Carol Dweck and her colleagues have been pioneers in the field of the growth mindset, and the impact that this could have in the classroom. A growth mindset refers to thinking or being taught that intelligence is something that changes over time. For example, a student with a growth mindset might encounter a maths problem and believe that it’s difficult because they haven’t yet learned how to solve that type of problem, and that when they do their maths ability will increase; by contrast, a student with a fixed mindset might come across a problem and think that they find it difficult because they’re not good at maths.

Some studies have found that when students are taught the growth mindset their grades improve somewhat. For example, half of a group of US college students were taught that the brain develops new synaptic connections when we learn and half were taught that some people are just good at some subjects. Over the academic year there was a difference between the groups of 0.23 grade points: that’s a little less than the difference between two adjacent grades such as B and B+[viii].

This effect has been shown in younger students too. Students in the 7th grade in the US (that’s the first year of middle school) were either taught study skills for eight sessions, or study skills plus growth mindset for the same period of time. A grade point difference of about 0.30 emerged between the groups by the end of the year[ix]. Dweck and her colleagues suggest that when students are taught a growth mindset they learn that challenges offer opportunities to get brighter rather than making them feel stupid. To the extent that growth mindset is effective, it demonstrates that children’s expectations and beliefs about learning can influence educational outcomes.

That said, a brand new analysis has been released of all the papers that have been published on a) the relationship between mind-set and academic achievement and b) the extent to which interventions to change mind-set can impact on academic achievement [x]. Considering the data from over 400,000 individual participants, the authors found a very weak relationship between mind-set and academic achievement (r¯ = .10), with only 37% of the studies included showing a significant, positive association. Furthermore, of those studies which attempted to positively impact on academic achievement by changing students’ mindset, only 12% found a significant, positive benefit. Notably, studies were more likely to find positive effects if they taught mind-set through reading materials, and if students came from low socioeconomic backgrounds, suggesting that this technique may still have potential for some children.

The world has been running a natural experiment on the influence of the environment on IQ scores over the last hundred or so years. There has been an increase in performance on standardised IQ assessments from the early 20th century (since IQ tests have been available), by around 3 IQ points per decade in the US. What exactly is causing this effect has not been determined: possible explanations have included the development of more stimulating every day environments, including rich optical displays, cognitively demanding curricula and jobs, a greater need to manipulate abstract information in a technological age, as well as better nutrition and reduction in infectious disease. It’s likely to be a combination of factors, but what we can be sure of is that those factors are environmental not genetic, as we simply don’t evolve that fast! Note, too, that the heritability of IQ can stay the same even while the average IQ of the whole population is increasing for environmental reasons. That’s because IQ is about individual differences – who’s at the bottom, who’s at the top, who’s in the middle – not the level that everyone is performing at.

The value of a good teacher

Every teacher knows that they can make a real, positive difference for a child. One study from 2010 shows this elegantly. The authors studied reading ability in 1st and 2nd grade students in Florida, and found a greater influence of genetics, greater heritability, in classes with better teachers[xi]. This is a little difficult to unpick, but it comes down to what’s holding children back: if everyone has a terrible teacher then no one will learn to read well, no matter how well their parents might do on an IQ test. However, if everyone has a fantastic teacher then it’s no longer the teacher that could hold children back, it’s something about them, their ‘potential’, their attention.

This effect has been seen in the home as well: estimates of the heritability of IQ are much higher in affluent families than in impoverished families. In one study in the USA, the heritability of IQ scores in affluent families was around 60%, while the influence of the shared environment (essentially the quality of the home) was almost zero, yet for impoverished families the opposite effect was seen[xii]. What this means is that what’s holding children back is different in different families – children of affluent parents have the opportunity to reveal their potential, while children of impoverished parents do not. What holds children back may also differ between cultures: the pattern of lower heritability of IQ in impoverished families was not observed when the study was run in Western Europe[xiii]. One interpretation of this difference was that the social security ‘safety net’ of many countries in Western Europe softened the restrictive influence of poverty on cognitive development observed in the US sample.

Together, these studies neatly show that while there is something about intelligence that is fixed, how intelligence is revealed depends strongly on the environment; that is, how we view our abilities, as well as the culture, the home and the teachers that we’re exposed to.

So, if we’re talking about intelligence as a theoretical underlying potential, then this is a neuro-hit. But if we’re thinking about whether children’s ability to perform in the classroom is fixed, it’s a glorious neuro-miss! Indeed, much cutting edge research in educational neuroscience is currently examining ways that children’s cognitive abilities may be improved through techniques as diverse as mindfulness training, working memory training, learning a musical instrument, increasing aerobic fitness, and learning a second language.

Interestingly, in a survey of 667 UK primary school teachers, 94% said that they thought genetics was at least as important as the environment in determining intelligence – yet 80% of teachers reported no training on genetics during teacher training[xiv], so teacher trainers please take note: knowledge is power for teachers, too!

Members of the CEN wrote a recent article on how genetics research may be relevant for education: Thomas, M. S. C., Kovas, Y., Meaburn, E., & Tolmie, A. (2015). What can the study of genetics offer to educators? Mind, Brain & Education, 9(2), 72-80. The main message of this paper was that a genetic approach to education does not imply that outcomes are determined by genes; rather, the genetics of education will help direct researchers to the environmental influences that will improve outcomes at the individual level.

Carol Dweck has written a book called Mindset. Watch Carol Dweck discuss the power of expectations on learning at TED.

For more on the Flynn effect, the wikipedia page is a good resource.

For an example of research using the twin study method, members of the Twins Early Development Study published a detailed monograph in 2007 investigating the heritability of learning in the early school years: Yulia Kovas, Claire M.A. Haworth, Philip S. Dale & Robert Plomin (2007). The Genetic and Environmental Origins of Learning Abilities and Disabilities in the Early School Years School Years. Monographs of the Society for Research in Child Development, 2007. Volume 72, Pages vii-160