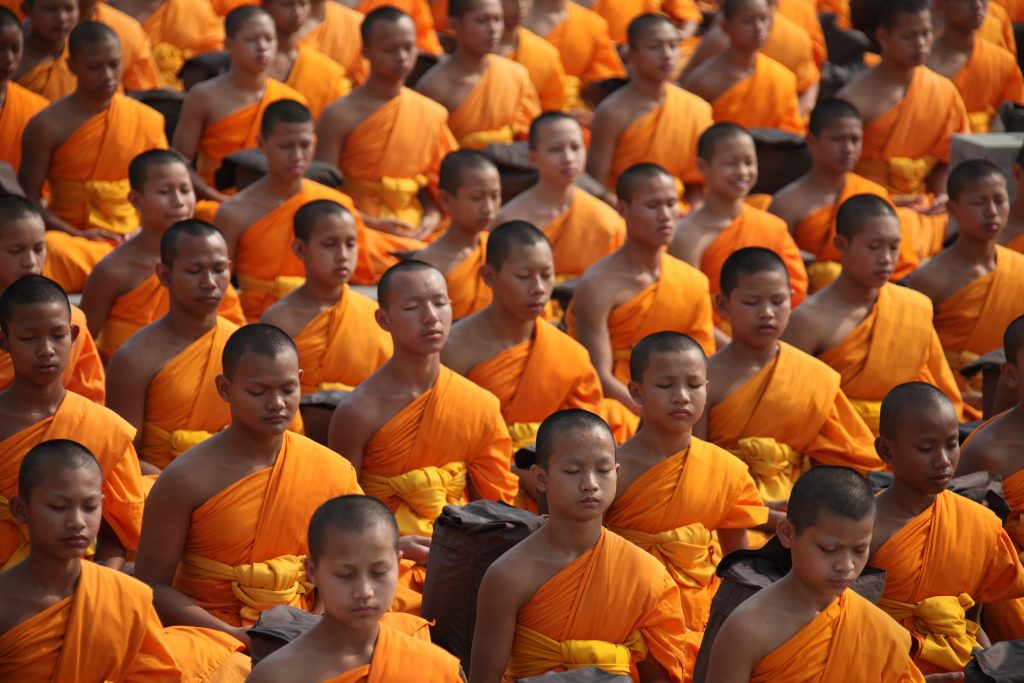 There’s a wealth of information available on the internet for teachers who want to introduce mindfulness into their classrooms; and indeed why wouldn’t you when the purported benefits for your class include reducing mental health issues, developing compassion, reducing anxiety and increasing attention? Here we will introduce the concept of mindfulness, take a look at the available literature on whether it is actually beneficial and ask, if it is beneficial, why that might be.

The term mindfulness refers to a state of mind where the practitioner has heightened awareness of internal and external experiences that are occurring at the present moment in time. The way that mindfulness is developed varies, but typically it’s done through a secular meditation practice, where sessions are gradually increased in length and time is spent with eyes closed, focusing on internal experiences (such as breath) and external experiences (such as environmental sounds). The concept of mindfulness is thought to have been first brought to the west by Jon Kabat-Zinn in the late 1970s, who described it as “the awareness that emerges through paying attention on purpose, in the present moment, and non-judgmentally to the unfolding of experience”[i].

The evidence base is there, but it’s fragile

A review and meta-analysis of the literature published in 2014[ii] found just 13 studies published in peer-reviewed journals; in total, including unpublished studies and theses, they found 19 studies where a group receiving mindfulness interventions were compared to control groups. Of those, children were randomly allocated to groups in only four studies, meaning that the groups may have been systematically biased in some way – perhaps all the calm children were allocated to the mindfulness group, for example.

Despite the scarcity of well-designed studies, the results of this meta-analysis were quite promising. Firstly, mindfulness programmes were well accepted by the participating children. Focus groups and interviews indicated uniformly positive experiences, and 89% of students said that they would recommend their mindfulness programme to others.

The specific focus of different studies varied quite a bit, ranging from cognitive measures, attention control, to mental health, stress management and resilience. Overall, in terms of these outcome measures, the group of studies showed a small to medium effect (~g=0.40[iii]), with the strongest gains being made on measures of cognitive performance (g=0.80), smaller gains for measures of resilience (g=0.36) and stress management (g=0.39) and non-significant changes for measures of emotional problems (g=0.19). Together, the studies indicated that intensity of practice is key to the efficacy of programmes, with those that involved more minutes of mindfulness practice resulting in the greatest gains.

To give an example, one study[iv] took a non-elective group of 101 11-12 year olds and randomly assigned them to either a mindfulness group or an active control group. Here the control group was used to rule out a simple effect of being involved in a novel programme. Children in the mindfulness group were given six weeks of classroom-based instruction from their teachers, combining traditional learning about Asian culture with first-hand experience of mindfulness meditation, consisting of (1) breath awareness and breath counting; (2) awareness of thoughts, feelings, and sensations; and (3) body sweeps. The control group learned about African history and together built a life-sized 3D model of Pharaoh’s tomb. The aim was to look at the effects of mindfulness on mental health and affect (emotions).

At the start and end of the end of six weeks, all participants completed a self-report measure of affect and a self-report measure of mindfulness (looking at how effectively students could adopt a mindful state). The results revealed an increase in positive affect (happiness and satisfaction) and a decrease in negative affect (being worried and frightened) in both groups, while neither group showed an increase on the self-report mindfulness scale. This suggests that some of the benefits of mindfulness training are simply about adopting a new activity. However, for the mindfulness group, those who made the greatest changes in mindfulness also showed the greatest positive changes in affect, indicating that some positive changes could be specifically attributed to mindfulness training.

The claim for mindfulness is that it allows children to take active control of their own attention, and although the behavioural evidence is still in its infancy, the theory is pretty convincing. Mindfulness has been described as the opposite of mind-wandering[v], and mind-wandering is linked to the activity of the default-mode network (the network of brain regions active when we are not engaged in a primary cognitive task). Crucially, the greater activity is in the default-mode network, the worse we are at paying attention and performing cognitive tasks[vi]; by contrast, meditation leads to reduced activity of the default-mode network[vii]. A link is therefore proposed between mindfulness meditation and children’s developing ability to engage their attention and stop mind wandering.

The verdict here isn’t wholly clear, but given the emerging evidence we’ll come down on the side of neuro-hit. In terms of the current literature, while the theory looks good, the claims that many practitioners make are generally grander than the evidence supporting them[viii]. At the very least, practising mindfulness in schools is low cost, relatively easy to implement and no study has indicated that it might be harmful. This is potentially an area of real promise, and more carefully controlled studies will certainly be published in the near future.

There are some key questions yet to be fully answered, including exactly what programmes should include, who should implement them, the importance of specific guidance in meditation, and which children could benefit the most – for example, there’s some indication that those who start off with greater difficulty controlling their attention show more immediate gains from mindfulness interventions[ix], making it a potentially powerful tool in supporting those children most at risk from academic failure.

It is also an open question what age would be best for mindfulness training. For mental health, one current focus is on adolescence; but for behavioural and emotional control some people suggest mindfulness training in primary school may be better. There is a question of whether different components of standard mindfulness practice (such as kindness to others vs. attending to the breath) may have specific effects and influences the classroom. Finally, in an educational context, it’s also interesting to consider whether the whole school might benefit from mindfulness, including training teachers to decrease stress levels and improve retention, and perhaps also encouraging parents to use the technique. Mindfulness is an active area of research, and the next few years should produce more concrete findings.

The Wellcome Trust is currently funding a large-scale project to evaluate the effectiveness of teaching mindfulness in UK schools.

Some schools in the UK regularly adopt mindfulness techniques; one example is Hall Meadow in Northamptonshire: http://www.hallmeadow.org/index.php/wellbeing-menu/mindfulness-at-hall-meadow

Adele Diamond and Kathleen Lee have written an excellent summary of interventions that support the development of executive functions in children: https://www.ncbi.nlm.nih.gov/pmc/articles/PMC3159917/

[iii] In order to give an estimate of effect size (the real-world difference that the intervention made), the value for Hedge’s g is given- for this measure, 0.2 is defined as a small effect, 0.5 as a medium effect and 0.8 as a large effect.