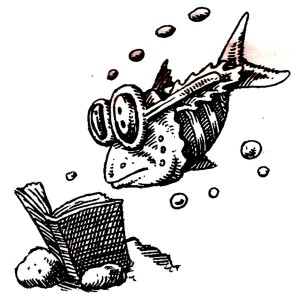 Can changes in diet improve children’s cognition? Everyone agrees that in one way or another diet has an impact on children’s cognitive abilities. Although there are many studies exploring links between diet and behaviour, there are also lots of holes in our knowledge.

One area of particular focus has been the claim that ingesting fish oil supplements either boosts learning in typically developing children or helps children with developmental difficulties, such as Attention Deficit Hyperactivity Disorder (ADHD), overcome behavioural problems. Fish and shellfish contain Omega-3 fatty acids, which, along with Omega-6, are known as essential fatty acids (EFAs). ‘Essential’ because the body isn’t able to produce them itself, but rather relies on dietary intake. EFAs have a substantial impact on how the brain functions. Despite the necessity of fatty acids for healthy brain function, the benefit of taking dietary supplements containing EFAs (usually Omega-3) has been far from clear. Few studies have shown robust effects of supplements in typically developing, healthy children. There is more evidence of the impact of EFA supplements in reducing ADHD-related symptoms in children with developmental disorders, although even here changes are relatively small and inconsistent.

In a recent paper, researchers reported evidence that taking fish oil supplements improved reading in 9 year old mainstream children in Sweden. The paper, by Mats Johnson and colleagues appears in the Journal of Child Psychology and Psychiatry. The researchers gave omega 3/6 supplements to 64 9-year-old-children in Sweden over a 3-month period, compared to a group of 58 children given a placebo. The control group were then given the supplements for 3 further months to see whether, if fish oils had an effect, these children then showed the same gains. A battery of reading tests (e.g,. of phonological skills, visual analysis skills, naming skills) were given to the children before and after taking the supplements. Parents also rated their children on various scales, including language and communication skills. From the battery, three tests showed reliable improvements of the supplements compared to the controls: phonological decoding time, visual analysis time, and phonological decoding. The reading benefits were stronger in poorer readers, in boys, and in children with higher ADHD symptoms (though no children symptoms marked enough to suggest a diagnosis of ADHD). Parent ratings did not show any changes (including in ADHD symptoms). The results suggest that while the supplements were effective in a mainstream school sample, they only benefitted some. They had stronger effects in the lower performing children, and diminishing returns in the better readers. This is consistent with the idea that in children who already have diets with sufficient essential fatty acids, supplements confer no extra benefit. However, children with attention problems in particular may show treatment benefits on reading.