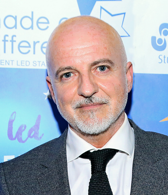 Dr Roberto Filippi is an Associate Professor in the Department of Psychology and Human Development at University College London, Institute of Education. He is the Director of the Multilanguage & Cognition Lab at UCL, Institute of Education, part of the Centre for Language, Literacy and Numeracy: Research & Practice. His research, funded by the Leverhulme Trust and the British Academy, focuses on second language acquisition and its effects on attention, memory, executive functions and metacognition across the lifespan.

As Roberto explains it, the issue of whether bilingualism/multilingualism is beneficial or detrimental to cognitive development has been an area of research interest for decades and, understandably, a concern for parents and educators of bilingual children.

Despite the initial belief that learning a second language early in life can delay cognitive development, there is now a general consensus that multilanguage experience is inherently advantageous for communication in modern multicultural societies.

However, one of the most exciting yet controversial current scientific debate is based on some reported evidence that the lifelong use of two languages may have positive effects on attentional processing and executive functions (e.g., Bialystok Craik, Green, & Gollan, 2010) and even protect the brain from age-associated cognitive decline (e.g., Bak, Nissan, Allerhand & Deary, 2014; Craik, Bialystok, & Freedman, 2010). Remarkably, the positive effects of being raised in a bilingual environment are observed even before children begin to talk, suggesting that comprehension processes alone may be sufficient to trigger such advantages (Kovács & Mehler, 2009).

However, recent evidence has challenged the bilingual advantage hypothesis. In particular, the work of Paap in the USA, and Duñabeitia in Spain, has questioned the validity of previous findings and generated a heated debate among the scientific community.

In this video, Roberto summarises the current debates and shares some of his own findings.