Developmental dyslexia (herein referred to as dyslexia) is a neurodevelopmental condition typically attributed to children who demonstrate difficulties with reading and spelling, and where these cannot be explained by broader intellectual difficulties, socioeconomic status, exposure to effective education, or emotional problems1.

Reports of the prevalence of dyslexia differ depending on the report source and can range from 5% of to 20% of the population2. One of the reasons for such a broad estimate is the imprecise nature of diagnosis. For example, what is the cut off point for ‘poor’ reading? How is poor reading defined? Is it relative to the child’s peers or their other academic abilities? However, prior to diagnosis is early identification, and this is one of the most challenging obstacles to diagnosing dyslexia. After all, a sought diagnosis is typically prompted by concern from a parent or teacher based on observed behaviours related to reading, writing and spelling.

In this blog, we consider three neuromyths (i.e., misunderstandings) and how they might contribute to a failure to identify those with an increased likelihood of being dyslexic, and prevent understanding of the long-term challenges dyslexic people face. These neuromyths are:

When parents and teachers are unaware of the false nature of these statements, it affects the likelihood of dyslexia being identified early (or at all) and subsequently, unfortunately, often limits the interventions available. We also look at how these neuromyths might lead to poorer outcomes in adulthood.

Visual stress describes the sensation of distortions and discomfort when reading. In the past, it was thought to be a cause of dyslexia, and interventions used coloured overlays on text to alleviate this stress. However, research has begun to question the effectiveness of this approach 3. With regard to letter and word reversal, it is true that some dyslexic children make this mistake, but so do their peers. It is a very common developmental phenomenon in emerging literacy skills[1]. There is no evidence that this behaviour is linked to later problems in learning to read or spell. Importantly, children can have dyslexia without ever having experienced visual stress or reversed letters or words.

Visual-based neuromyths related to dyslexia likely evolved from the original description of this condition as “word blindness”4. This was because individuals typically were in the average range for intelligence but could not develop literacy skills (i.e., reading). It was therefore thought that the difficulty must be related to the visual system (see Magnocellular theory of developmental dyslexia5). However, this explanation has long since been dispelled as some behavioural and neuroimaging studies have presented evidence of phonological (i.e., sound-based) differences and anatomical differences in the brains of children with dyslexia compared to non-dyslexic children6. The main issue with these misconceptions is that they can delay or prevent early diagnosis of dyslexia. For example, if letter or word reversal is believed to be a core component of dyslexia, and this behaviour is absent, a child may not be suspected of potentially being dyslexic, and their delayed literacy development may be attributed to general lower intelligence (or even laziness).

Dyslexia manifests in many ways, including being less able to recognise rhyming patterns, difficulty in breaking words into different sounds, and using vague or inexact vocabulary. Observable characteristics of dyslexia may also vary with age. At the early stages of reading, difficulties with decoding individual words may be evident. Later on, comprehension and fluency problems may be more obvious as reading demands increase. In adulthood, difficulties may focus around spelling and written expression. In addition, although difficulties with reading, writing and spelling have been identified as the core features of dyslexia, broader cognitive difficulties affecting, for example, memory, attention, and cognitive control have been found in some children7 and adults8.

This idea that some people are left-brained and others are right-brained comes from lateralisation research which used neuroimaging to demonstrate the association of some cognitive skills (e.g., language) with increased neural activity in a specific brain hemisphere (e.g., in the case of language, the left). From this arose the idea that the right side of the brain is more related to spatial and creative abilities. The research evidence, however, is that abilities such as language and creativity are reliant on the integration of both hemispheres. From these misinterpretations, the neuromyth that dyslexic people are right-hemisphere dominant has arisen to “explain” why they have difficulties with reading. Similarly, there is a related neuromyth that people with dyslexia are more creative (again, there is little evidence for this). Although hemisphere-specific cortical activation is a real phenomenon; lateral cognitive responsibility of specific skills such as literacy does not take into account the incredibly complex (and fully integrated) system that is the human brain. In fact, left-brain, right-brain dominance was discredited in the 1980s.

Aside from the obvious problem of expecting dyslexic children to be creative, this neuromyth is an extremely effective mechanism for the development of misguided educational techniques in place of interventions that could actually help children who struggle with reading, writing and spelling. Teaching techniques such as word-sound awareness, orthographic spelling rules and strategies to section words into affixes and roots have been shown to be effective interventions9.

Neuromyth 3: Dyslexia goes away once children learn to read through remediation

This is arguably the neuromyth that has the most detrimental impact on the long-term outcomes for people with dyslexia. As mentioned previously, there is a growing body of evidence that broader cognitive difficulties related to dyslexia affect memory, attention, and executive functioning. Findings from studies with adults and children strongly suggest these difficulties persist long after reading and spelling have been improved by remediation7. That is to say that dyslexia does not just disappear once an individual reaches adulthood. Its effects are lifelong. Studies with dyslexic adults have found increased forgetfulness, daydreaming and problems with planning and structuring written information. Such research indicates that dyslexia is not limited to phonological problems but can present very real challenges in adult life, such as the workplace. Adults with dyslexia have reported increased memory failure and difficulties with time management8. This then affects career progression. For example, overall dyslexic people have to work longer and harder in their workplace to work at an equivalent level to their non-dyslexic peers10. Related to this are real concerns about the impact of dyslexia on mental health and self-esteem, particularly due to ongoing stigma and lack of understanding around different ways of thinking. One study found that 85% of adults with dyslexia who had adjustments in higher/further education did not reveal their dyslexia to their employer. The reasons listed included fear of losing their job, discrimination, and being thought stupid11. 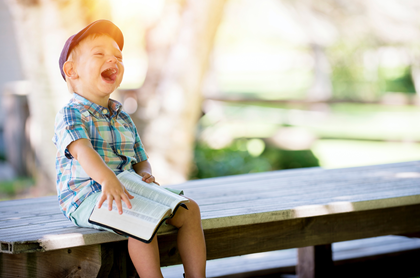 Photo by Ben White on Unsplash

So how can educators support individuals with dyslexia?

A diagnosis of dyslexia requires a clinical assessment. However, we can still be aware of certain behaviours that might have an increased likelihood of a dyslexia diagnosis. There is a growing body of research that suggests differences in cognitive control and attention in the early years (i.e., 3-5 year-olds) might predict reading difficulties in primary school children12. When a child reaches school, forgetfulness, difficulties following instructions, time management and attention are all areas of cognition which are typically areas in need of additional support in children with dyslexia. Obviously, it is difficult, if not impossible, to track performance in all these areas as children develop. However, if a child is struggling to acquire skills in literacy, there is benefit in being aware that these other abilities are also implicated in this. Equally important is to move away from the assumption that the absence of letter/word reversal, or advanced creativity, is a sure sign that the child is not dyslexic. It is also important to consider the persistence of dyslexia-related difficulties into adulthood, where external memory aids and time prompts could decrease the likelihood of task failure, and time adjustments and written instructions can reduce cognitive load for adults with dyslexia.

How to recognise dyslexia symptoms by age: www.healthline.com/health/dyslexia-symptoms-by-age

3Henderson, L. M., Tsogka, N., & Snowling, M. J. (2013). Questioning the benefits that coloured overlays can have for reading in students with and without dyslexia. Journal of Research in Special Educational Needs, 13(1), 57-65.

6Dehaene, S. (2009). Reading in the Brain: The Science and Evolution of a Human Invention. New York: Viking

[1] This is linked to the requirement to repurpose a part of the brain’s visual system to recognise shapes as different letters depending on their direction and orientation (e.g., b, d, q, p), which is in conflict with the brain’s usual practice of recognising objects irrespective of which way they are facing.