Children with ADHD can struggle with controlling their attention, organising their thoughts and actions, and regulating their emotions and behaviour. As such, ADHD has implications for children’s ability to learn and develop. Children with ADHD are more likely than their peers without ADHD to underachieve in school1,2 and can have difficulty making friends3. ADHD is also associated with poorer language skills4 and higher rates of anxiety and depression5,6. Whilst ADHD is most commonly characterised by difficulties, the flexible attention associated with ADHD can be beneficial for creative thinking and improvisation7. As with many neurodevelopmental conditions, they are too often solely considered in terms of the difficulties students have as opposed to the strengths that children may also have. This is reflected in the language used, ADHD for example, may characterise children as having both a disorder and a deficit. The ADHD Foundation has, noted it may reduce stigma and improve outcomes to speak in terms of ADHC – attention dysregulation hyperactivity condition.

ADHD is relatively common, although prevalence varies across different countries and can depend on how ADHD is diagnosed. In the UK, it is estimated that approximately 1.7% of children have a diagnosis of ADHD, whereas studies from the US have reported rates of 8.8%8. In terms of the different subtypes, 20% to 30% are diagnosed as predominantly inattentive, approximately 15% as predominantly hyperactive, and 50% to 75% as combined inattentive and hyperactive9.

What causes ADHD to develop?

ADHD is what is known as a neurodevelopmental condition. This means that it emerges from changes in the brain that take place across development via a complex interaction between genes and the environment.

Whilst the current research cannot state for certain the exact causes of ADHD, several different factors are associated with higher rates of ADHD, suggesting that there may be multiple genetic and environmental causes. The latter include exposure to toxins such as cigarette smoke and pollutants, problems during pregnancy, and childhood trauma10. ADHD is not caused by parenting style, although severe neglect and abuse are associated with higher rates of ADHD10.

For most people who have ADHD, it is unlikely that there is just one genetic or environmental cause. Instead, ADHD is likely to be the result of an interaction between many small causes10. How these different causes interact with each other is currently not well known, and the combination of factors that cause ADHD may differ between children.

It is important to note that having genes that are associated with ADHD does not necessarily mean ADHD will develop. A useful analogy here is to think about the construction of your home. Thick walls and poor ventilation can predispose a room to be a warm room. However, the actual temperature of the room depends on environmental factors, such as the outside temperature and whether or not the house has heating. It is the interaction between the room’s construction and environmental factors that causes room temperature, in the same way as it is the interaction between genes and environment that can cause ADHD to develop.

What causes ADHD in the brain?

One way the brain’s inhibitory control system works is by activating plans in an area at the front of the brain called the prefrontal cortex12. These plans provide a structure that the brain uses to coordinate which thoughts and actions need to be activated and inhibited at specific times and in particular orders. It is thought that people with ADHD can struggle to keep these plans in the prefrontal cortex active, which causes the disorganised patterns of activation and inhibition in the brain that make controlling attention, action and emotions difficult.

Attention difficulties in ADHD can manifest in different ways. When the brain’s braking system struggles to inhibit ‘distractions’, this can cause difficulties in maintaining attention on one task for a prolonged period; people with ADHD might ‘flitter’ from one task to another. However, when a particular activity is very rewarding, the brain’s braking system can struggle to inhibit carrying on with the rewarding task, causing a behaviour called ‘hyperfocus’, where it becomes difficult to stop doing one particular task.

When the brain’s braking system struggles with controlling thought and action, this can result in being driven by impulse. This can manifest in hyperactive behaviour and saying things without thinking about them first. Differences around control of thought and action can also cause difficulties in organising thinking, movement, language and complex tasks. People with ADHD can have disorganised sentences, difficulties in finding the right words and sentences to express their thoughts6 and can often have poorer motor control13.

Another role of the brain’s braking system is to regulate emotions. As children develop, their inhibitory control systems become better at inhibiting activity in parts of the brain involved in emotions14. As children with ADHD have difficulty with inhibiting strong emotions, they can become upset or excited very quickly. Poorer emotion regulation is likely to contribute to the higher-than-average rates of anxiety and depression in children and adults with ADHD5,6. 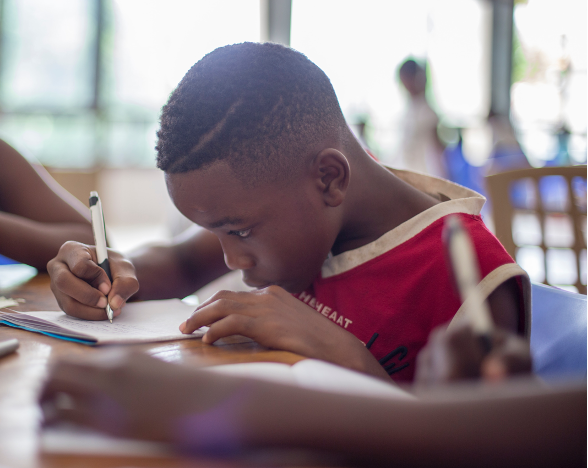 Photo by Santi Vedrí on Unsplash

Neuromyth 1: Children grow out of ADHD

Whilst most cases of ADHD are diagnosed between the ages of 6 to 12, many ADHD related difficulties children face can continue into adulthood. ADHD was indeed previously believed to be a condition that only affected children. However, follow-up studies have now shown that 15% of children with ADHD continued to meet the full diagnostic criteria later in adulthood, with a further 50% reporting significant ADHD related difficulties in adulthood15,16. Whilst ADHD is often a lifelong condition, many learn to develop coping mechanisms for some of the difficulties they may experience as a result of their ADHD or have greater control over the environments they operate in to enable them to lead fulfilling and enjoyable lives.

A balanced diet is necessary to maintain good brain health and cognitive functioning. A common belief that you may have heard is that certain diets can be used as treatments for ADHD. However, the evidence-base for specific ADHD dietary interventions, such as supplements or reducing intake of specific foods or additives, is currently weak and inconclusive17. A particularly prevalent belief is that sugar can cause ADHD and that reducing sugar intake may alleviate ADHD symptoms. There is little clear evidence for a causal link between sugar and ADHD. For example, a recent follow-up study of 2924 Brazilian children found that sucrose consumption was associated with ADHD, although only boys and only at age 6. When the same children were followed-up at 11 years old, change in sucrose consumption was not associated with change in ADHD prevalence, as would have been expected if sucrose was a contributing cause of ADHD18. So why would there be an association between sucrose and ADHD at age 6? The authors suggest that it may have been ADHD causing higher sugar intake rather than sugar intake causing ADHD.

The above study highlights the complexity in teasing apart the direction of causality in ADHD and sugar. However, the relationship between diet and ADHD is far from well understood. As the causes of ADHD can vary for different children, it may well be the case that certain dietary changes can help some children but not others. This, together with the inconclusive evidence base, highlights the importance of seeking medical advice before considering making any dietary changes. It is important in this consideration that we guard against diagnostic overshadowing, whereby one diagnosis overshadows the possibility of other needs. All children can differ in terms of their responses to different foods, regardless of whether or not they have ADHD. If you do suspect there is an association between specific foods and your child’s ADHD symptoms, the advice from the NHS is to first speak to your doctor. They will be able to advise you on whether any dietary modifications may be helpful and may also refer you to a dietitian. 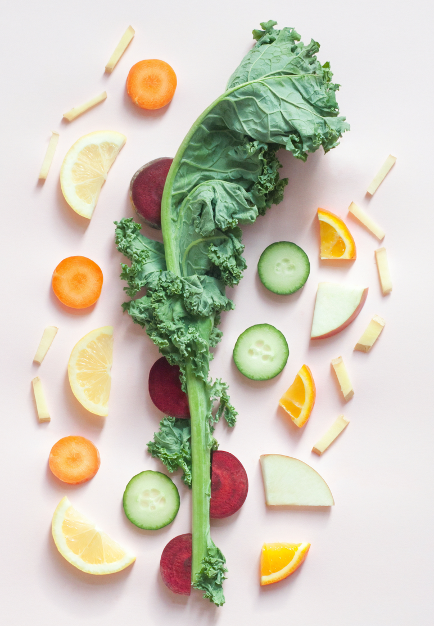 Photo by Dose Juice on Unsplash

A good way of supporting children with ADHD is to understand their unique profile of strengths and needs. Using strengths to support areas of need will be one of the most effective ways of providing support. Whilst all children will be different, a good area to focus on (that will be of value to all children) is support developing their skills around organising thoughts and actions. This support might include providing additional structure to help young people with ADHD maintain plans in their mind, such as visual memory aids, or prompts to remind them of the sequence of activities in a task.

Embedding regular routines in the classroom and at home are useful to provide a stable structure that children with ADHD work better within. Unexpected change can be very distracting for people with ADHD, and stable routines can help avoid this source of distractions and/or distress.

Even when external support is provided, children with ADHD can find maintaining their attention on one task challenging. Having ADHD means that it takes a lot of effort to maintain attention even when external supports are provided. They can find it very difficult to sit in one place and concentrate on one task. Varying tasks and providing opportunities for children to be physically active can be helpful to give all children’s attention a break. Providing opportunities for children to carry out certain tasks in the classroom, such as handing out books and materials to other children, can help children address any needs around movement or stimulation in ways that may less explcilty draw attention to difficulties a child is experiencing and also support a sense of belonging within the classroom.

3Ros, R., & Graziano, P. A. (2018). Social functioning in children with or at risk for attention deficit/hyperactivity disorder: A meta-analytic review. Journal of Clinical Child & Adolescent Psychology, 47(2), 213-235.